September’s Leader of the Month

I started the interview with Gersom Gamboa by asking him when he first identified himself as a leader. After a pause, he laughed and said never. “I never assumed the position of ‘leader’, it was a natural process. In 2011 I had to define my purpose of life and that’s when I founded DiverArte which is an organization that opens spaces for people to express themselves through art. That’s when the people and organizations started to identify me as a leader.”

Gersom is the kind of person that you can sense coming into a room before you see him. He radiates joy and kindness, and you feel it all around him even if you’ve never met him before. His voice is light and welcoming and his face portrays an almost constant smile, even as he talks about the difficulties through which he’s passed. He somebody you always want around, and he’s served as an invaluable member of the ALG community.

In a nation like Guatemala where opportunities are limited and young people are constantly placed in situations of inequality, exposed to violence and vulnerable contexts that limit their development, leaders or “mentors”, as Gersom would call it, are really hard to find. 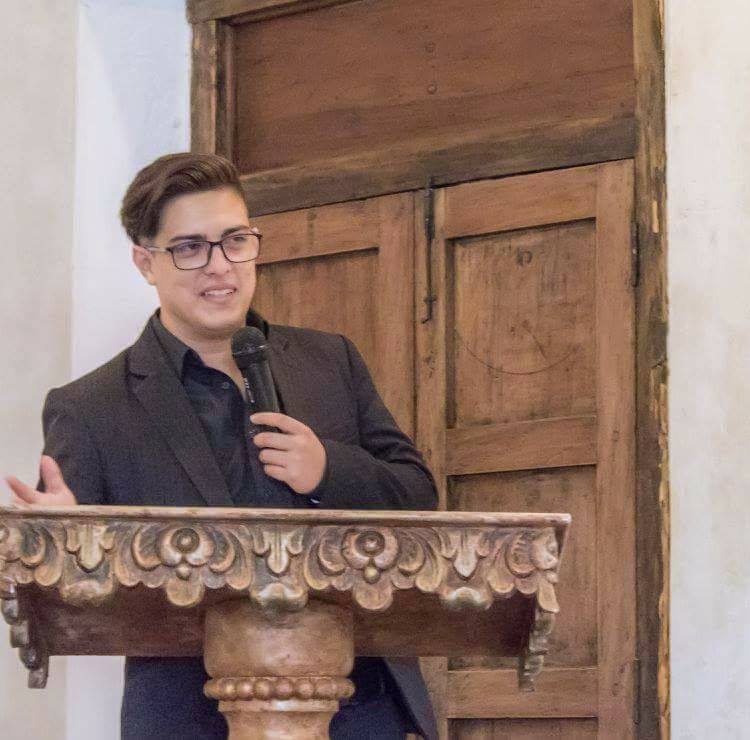 “In reality, redefining leadership in Guatemala is probably linked with the leaders who lived during the internal armed conflict (30 year war of the government versus guerrilla fighters) who later facilitated the signing of the Peace Treaty. But from there those leaders positioned themselves politically and diplomatically and now they aren’t the kind of leaders that I am… I’m not a leader of a community, it is more that I am trying to be an example that people are interested in, they like and are attracted to and then we can create a new country… I don’t think people think ‘Gersom Gamboa is the leader of the Education for Peace’ and I don’t want them to.”

Education for Peace is a national conference that Gersom co-founded. Each year the conference brings together youth advocates, educators, and social entrepreneurs who offer their skills and knowledge to the guests of the conference in the hopes that shared knowledge will bring big change for Guatemala’s youth. It’s a project he runs in addition to his work with DiverArte and a personal consulting business in which he offers workshops in a variety of skills.

Of ALG, Gersom shares that being part of the ALG community “has been really important, being part of this network offers many opportunities… Many people in the network do things extremely important, big things in defense of the people, of the environment, of territory… I loved learning about the past and present of the other people in my cohort.” Of the skills acquired, “[the certificate] helped organize me enormously so that I could define myself as a coordinator or director of the organization.. and in the ordering of myself, I was building myself, too… and finding my purpose.”

Our conversation was long, and there is so much more to share about Gersom and the phenomenal work he’s doing and you can ask him yourself about it by following Gersom’s projects in Facebook @DiverArteGuatemala