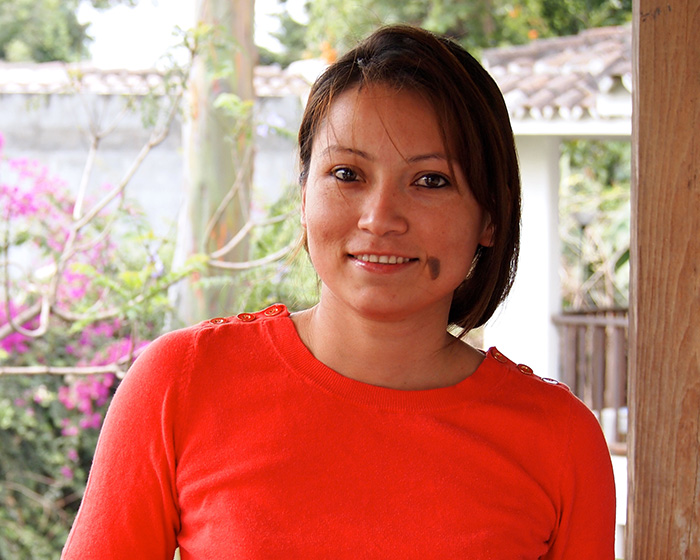 Esther Barajas was selected as a GOJoven Fellow in 2006 at the age of 18. Her activism in adolescent sexual and reproductive health (SRH) began while serving as a volunteer with the Red Cross at the age of 13. She started working with Asociación TAN UX’IL in 2007, an organization dedicated to promoting adolescent and youth SRH in Peten, Guatemala, joining as Youth Prevention Services Coordinator, and later taking on the role of Public Relations Coordinator for the Yeny Mendoza Leadership Academy, and then Coordinator for the Community Access to Contraceptives Program.

Esther is currently the Coordinator of the TAN UX’IL Health and Leadership Program, as well as President of the Board of Directors of Asociación GOJoven Guatemala, and Psychology Professor at San Carlos University of Guatemala-Peten Branch. Esther is very dedicated to eradicating pregnancy and sexual abuse in girls and adolescents. She also works closely with the media (radio and television), working as social communicator for the Guatemalan radio program “Código 0”.